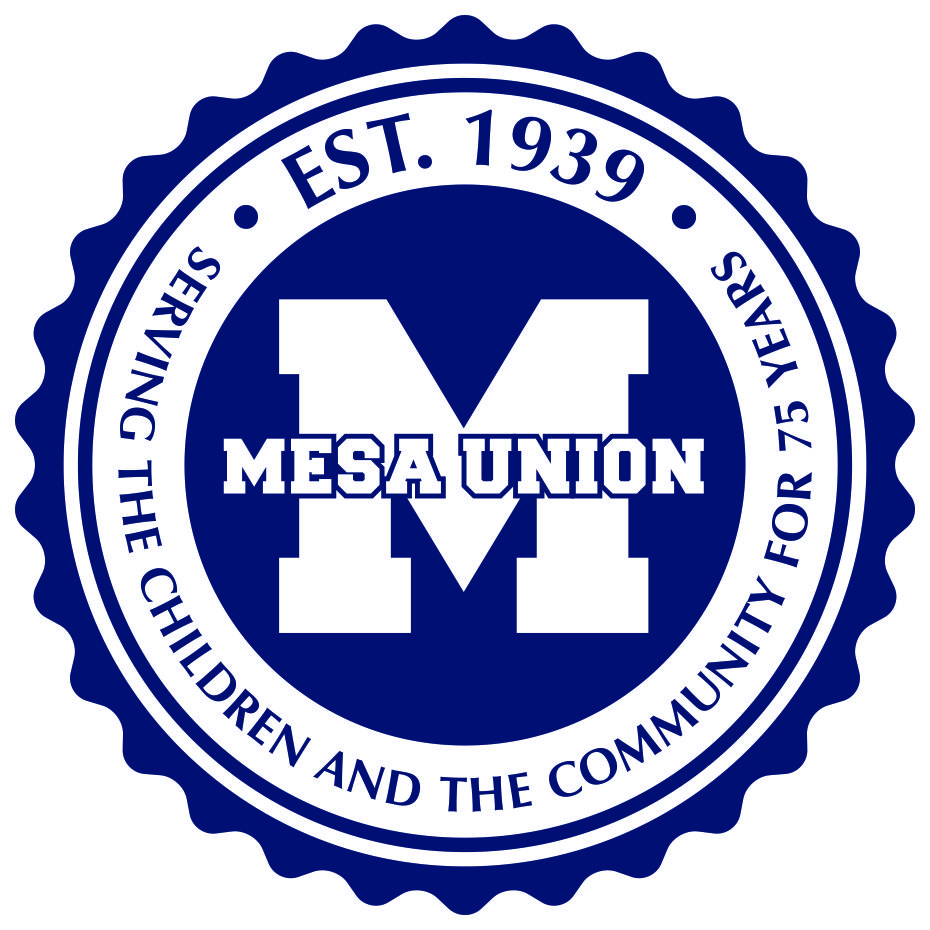 Mesa Union School District has served the children and families in this area since 1939, when Del Norte School District and Center School District merged to form one district.  Eight acres were purchased for $500 per acre from Mrs. Phillips, and in 1939, Mesa Union School was built.  The original school consisted of three buildings and the custodian’s home.  Three teachers taught 68 students.  As the number of students increased, the school facilities grew. In 1951, two new classrooms, a cafeteria, and office were added.  In 1951, the first kindergarten class was started; two additional rooms were constructed in 1956. Six additional classrooms were added in 1964, followed by six more in 1968. With the advent of class size reduction, four new classrooms were added in 1997 and 1998.

Every school district that receives federal funding is required to designate and/or adequately train at least one employee to coordinate the recipient’s Title IX responsibilities.  Title IX regulations also require the name and contact information of each Title IX Coordinator be made public by the educational institution. The Mesa Union School District affirms its commitment to equality of opportunity for all individuals. This commitment requires that no discrimination shall occur regarding admission or access to, or treatment or employment in, any program and activity on the basis of age, race, color, national or ethnic origin, ancestry, citizenship, sex, gender, gender identity, sexual orientation, disability, medical condition, religion, or marital status.

Complaints alleging noncompliance with Title IX can be filed by utilizing the Uniform Complaint Procedures (UCP) as identified in California Code of Regulations, Title 5, Sections 4600 et. seq. and Mesa Union School District Policy BP/AR 1312.3 and should be directed to the Title IX Coordinator(s):